Starsteel Fantasy – Puzzle Combat APK , Own your destiny in the world of Starsteel Fantasy, an anime-inspired Match-3 RPG. Create your team of 4 heroes and tactically attack enemies in gem-swapping combat. Complete various puzzles each with various win objectives in strategic turn-based combat. Cast spells and unleash ultimate attacks on dragons, bandits, and even menacing slimes. This adventurous world is yours for the taking, if you’re ready to own it.

Features:
– Create a 4-person team based on classic RPG classes (Healer, Tank, DPS and Magic)
Strategize your battle strategy with basic attacks, special attacks, and ultimate attacks
– Cast status ailments, buffs, and debuffs against your opponents
– Match 3, 4, and 5 of the same colored gems to create special blocks allowing you to stack multiple attacks in one turn
– Build your own prosperous kingdom, craft powerful weapons and items, and summon legendary heroes in your own town
– Recruit a team of heroes to serve as your gladiators in PVP Arena for fantastic prizes
– Dispatch your heroes to collect rare resources and and items

* Awaken heroes to 5 Stars, train them to level 90, and equip them with legendary weapons!
* All City buildings can be upgraded to level 25!
* Players can also increase their Player Level to 200!
* Hard Mode has been introduced to the game, adding more difficult stages and additional missions across every chapter in the game.
* Check out the leaderboard in the Arena!
* New Story Mode Chapters Added, Vestian Shores and the Castle! 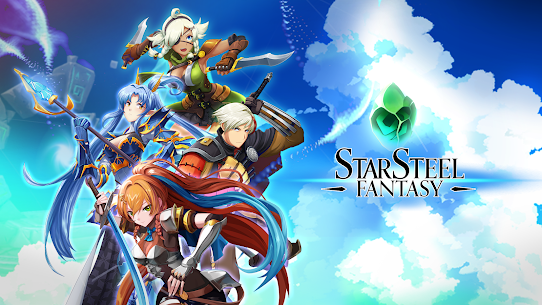 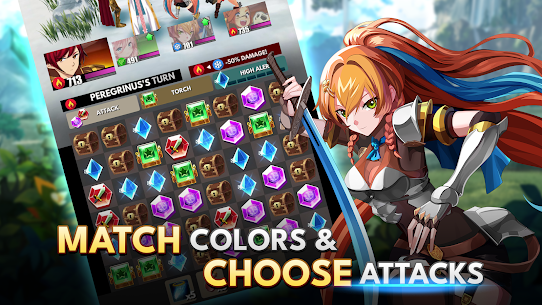 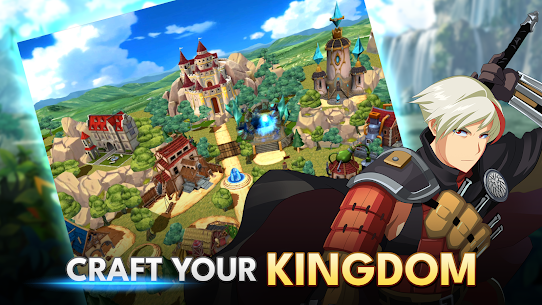 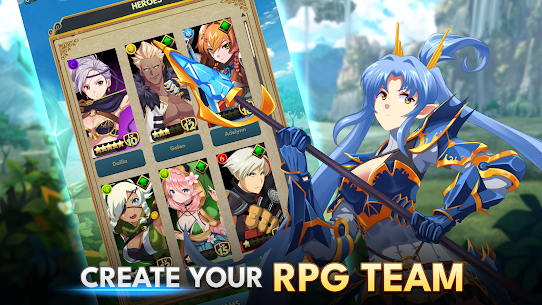 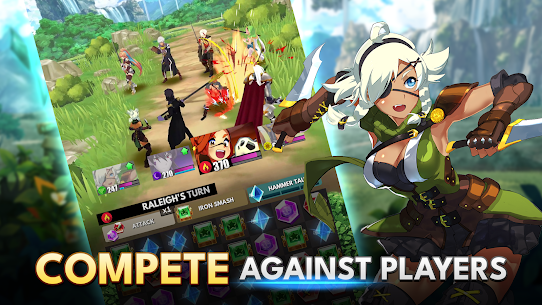